“Kalimba Solo for Lotus” is the most successful composition of 0mnivox (Serge Eisen). Almost 3 000 000 views on Youtube!

“Lotus is my daughter’s name. When she was a baby, instead of bedtime stories I used to play her improvised tunes on Kalimba (African thumb-piano), which was tuned in a unique way.

One day I filmed a video of these tunes and uploaded to YouTube. 3 years later the video somehow went viral and received over 600,000 views just in one weekend. Currently it’s approaching to 3 million views and dubbed as “The most viewed kalimba video ever”.

Due to its huge success, the world largest distributor of kalimbas launched a new brand named after my daughter – “Lotus kalimba” and pays me royalties from each sale for using my unique tuning. Different kalimba manufacturers from all over the world send me their instruments just to get them featured in a video on my channel.

I suppose that the success of this composition stems from its simplicity and sincerity. I didn’t try to impress anyone or achieve anything, there was no pretentiousness or ambition, just an unbiased and pure expression of genuine feelings to my little daughter.

Since music is a form of universal language that goes directly to the soul, many people could relate to the message of this composition, I believe.” (extract from the interview) 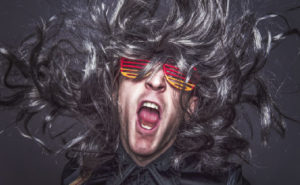